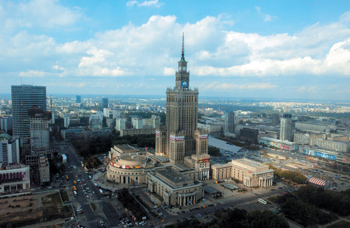 The Society of Polish American Travel Agents, SPATA began its' history on August 18, 1959, in New York City by Messrs. Boleslaw Laszewski and Bronislaw Wegiel. In September of the same year the first annual convention of SPATA was held in the Big Apple and was attended by 15 travel agency owners of Polish Heritage primarily from the East Coast.

Over the 50+ year history of SPATA, membership has grown to over 150 active and associate member agencies, airlines, tour operators and firms with direct ties to promoting tourism to Poland, Central Europe and the former Soviet Countries.

The original goals of SPATA have since been expanded and have taken its' members in various directions to achieve new goals due to the changing times. Some of the original aims of the founding members were to maintain the best traditions of the travel business, to improve the standards and good name of the travel industry; to follow the highest moral and ethical standards of conduct within the industry; to promote tourism to Poland, the countries of Eastern Europe, and elsewhere; all of which are continued today with new goals set into motion over the years.

Patriotism and close relations with Poland have always been the driving force of all members and these common goals have enabled this unique organization to thrive for over five decades.

SPATA and its members have been important partners and played an important role in many struggles involving Poland's tourism industry especially during the times of martial law in the 1980's, at which time LOT Polish Airlines, the national airline of Poland was banned from operating flights to the United States by President Ronald Reagan and influential in the reinstatement of LOT's air traffic rights between Poland and the USA. 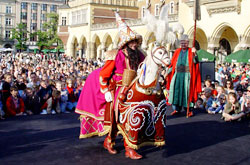 During the annual conventions of SPATA the active members prepare formal resolutions regarding the industry as a whole. Over 15 years ago, SPATA'S idea to rename the Okecie International Airport in Warsaw Poland to Fryderyk Chopin was born. Since that time , SPATA has repeated the call to the government of Poland via its annual resolutions. Finally in January of 2001, SPATA'S idea came to life: renaming of the airport by the Polish Government in ceremonies at the airport.

Presently SPATA is working with the Polish Tourism Organization with regard to maintaining and expanding the role of the Polish National Tourist Office in New York which is the one and only official representation in North America. Over the past couple of years the office's existence has been put in jeopardy of closing due to budget cuts as well as by the tragic incidents of September 11, 2001.

SPATA works very closely with various tourism organizations in Poland of which the most important ties are with the Polish Chamber of Tourism. Various members of the board and the organization take part in each others conventions. These meetings in addition to ongoing work throughout the year allow both organizations to work for the cause of tourism between Poland and the United States.

SPATA, a not-for-profit organization, has over the years been an important source of help to various charitable organizations in the US, Poland and various countries where the need arose. Monetary donations as well as care packages have been distributed to the Polish Army Veterans in Vilnius, Lithuania; Polish Boy Scouts in the US; Polish Veterans in New Jersey, flood victims in Poland and to the US Red Cross for the victims of the World Trade Center Tragedy. All this was possible with the help of members and friends in the airline industry and freight forwarding companies. 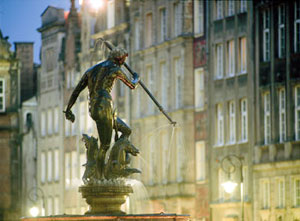 SPATA hosts a number of activities throughout the year. During the month of September and October of each year, SPATA holds its' annual conventions in different parts of the world, such as, Poland, Brazil, Italy, Finland, Bermuda, China, Israel, India and most recently Turkey, and invites representatives from various Tourist Offices, airlines, as well as government officials. The convention allows opportune time for active members to conduct business during closed meetings. Our partners from the airlines, tourism industry and government agencies present their products during a trade presentation and have ample opportunity to discuss business one-on-one.

SPATA semi-annual meetings on the East coast and Midwest are planned in the winter months giving ample time and opportunity for members to prepare for the upcoming spring and summer travel seasons. On a less formal note, Christmas gatherings are planned in New York, Chicago, and Toronto. A traditional "Oplatek" sharing of wafer and extending holiday greetings are an important part of our Polish Heritage the most recent of which was held in the Republic of Poland Consulate in New York City. A number of FAM Trips are planned throughout the year for members and families to help us stay in touch and expand on our friendships.

All Members of SPATA thank the founding members for such a wonderful opportunity and tradition and we look forward to our Diamond Anniversary.

President
This email address is being protected from spambots. You need JavaScript enabled to view it.

Vice President
This email address is being protected from spambots. You need JavaScript enabled to view it.

Secretary
This email address is being protected from spambots. You need JavaScript enabled to view it.

Treasurer
This email address is being protected from spambots. You need JavaScript enabled to view it.

Director
This email address is being protected from spambots. You need JavaScript enabled to view it.

Director
This email address is being protected from spambots. You need JavaScript enabled to view it.